BGS Celebrates the 100th anniversary of the end of WW1

The boys of DramaBGS celebrate the 100th anniversary of the end of WW1 with a stunning new production of Frank McGuinness’s iconic play, ‘Observe the Sons of Ulster Marching Towards the Somme’. The play deals with eight young men who sign up to the 36th Ulster Division at the start of the war, and go on to fight at the Battle of the Somme in July, 1916.

The play was written as a tribute to the courage and sacrifice of the men but also serves to question the nature of the war and looks at the complexity of identity in Northern Ireland on Tuesday 27th November, a special performance will take place in the grounds of Clandeboye Estate, where the men of the 36th Ulster Division received basic training before being posted to France. Two further productions will take place at the Space Theatre SERC on the 30th November and 1st December. 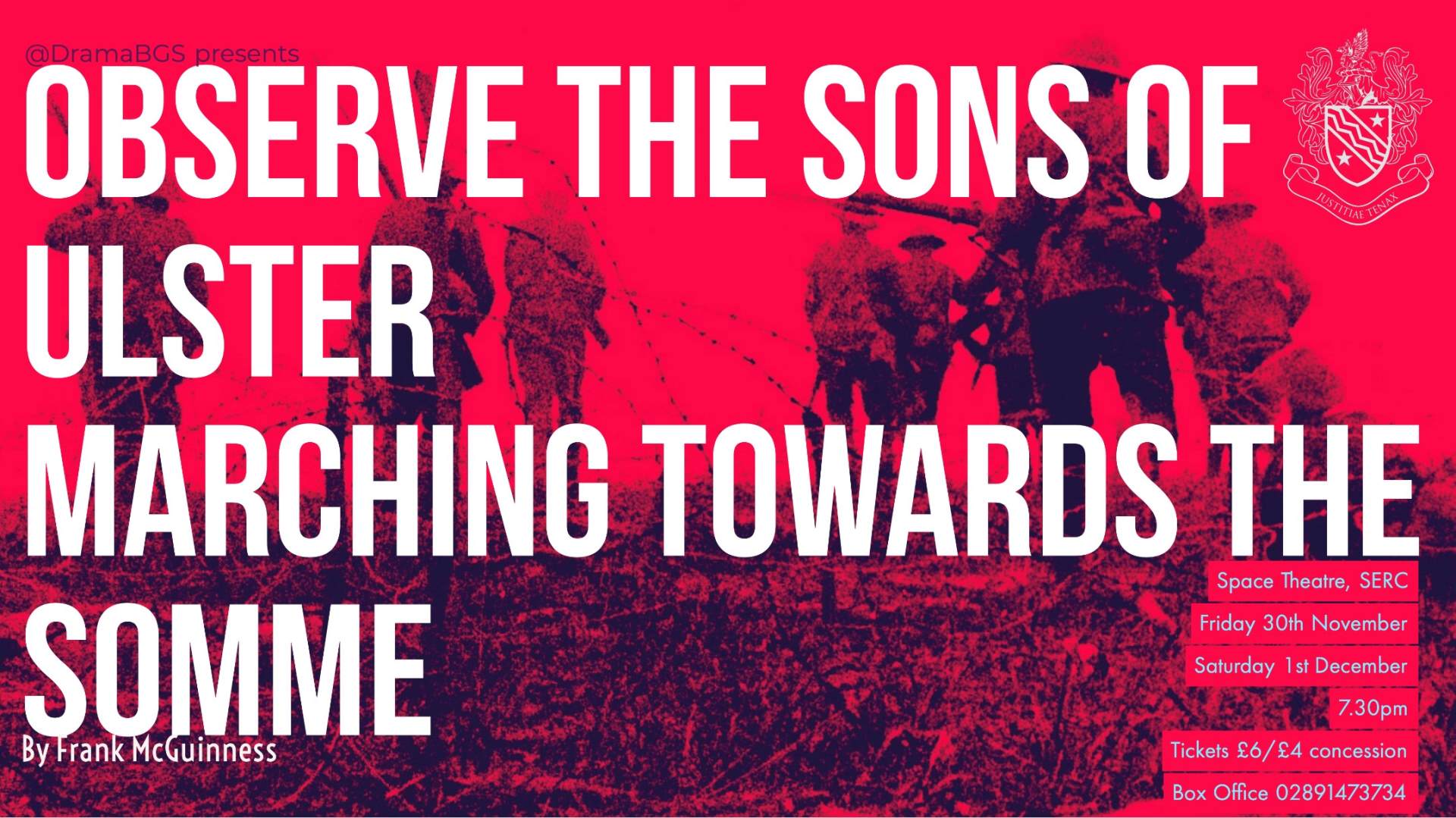